A joint song to Peace fills the Auditorium 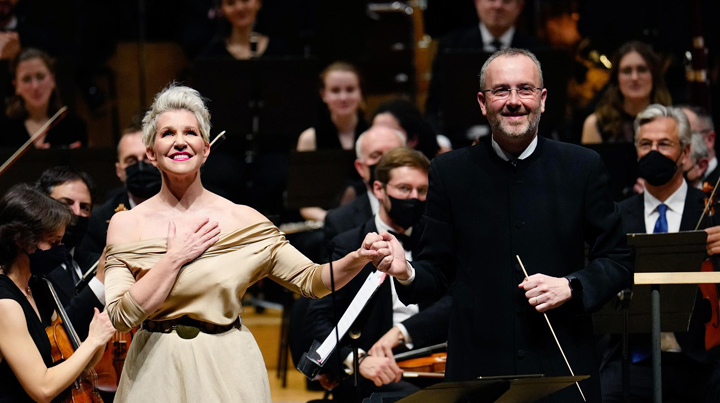 The Victoria de los Ángeles Foundation, together with the Barcelona Auditorium, the Department of Culture of the Generalitat de Catalunya and Barcelona City Council, organized the Peace Concert which took place at the Auditorium on 30 March. A song to peace and condemnation of all war, with music as an element of cohesion and coexistence between peoples. The concert was attended by the directors Mireia Barrera, Salvador Brotons, Ernest Martínez Izquierdo, Jordi Mora, Pedro Pardo, Xavier Puig, Antoni Ros Marbà and Jordi Savall; with Joyce DiDonato (mezzo-soprano), Airam Hernández (tenor), Mattia Olivieri (baritone), Marina Pinchuk (mezzo-soprano) and Katerina Tretyakova (soprano). All the artists participated philanthropically and all the proceeds went to the Red Cross, in the mission 'Ukraine needs us'.

You can find out more about which cookies we are using or switch them off in settings.

This website uses cookies so that we can provide you with the best user experience possible. Cookie information is stored in your browser and performs functions such as recognising you when you return to our website and helping our team to understand which sections of the website you find most interesting and useful.

Strictly Necessary Cookie should be enabled at all times so that we can save your preferences for cookie settings.

If you disable this cookie, we will not be able to save your preferences. This means that every time you visit this website you will need to enable or disable cookies again.

This website uses Google Analytics to collect anonymous information such as the number of visitors to the site, and the most popular pages.

Please enable Strictly Necessary Cookies first so that we can save your preferences!